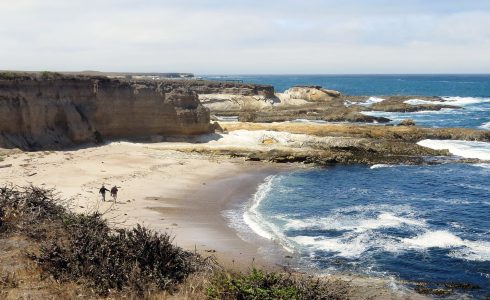 How do you measure happiness? If you’re National Geographic and Gallup, you join forces and create an index “that assesses measurable expressions of happiness and identifies where Americans are living their best lives.” The index used 15 individual metrics—“from eating healthy and learning something new every day to civic engagement, financial security, vacation time, and even dental checkups—that signal happiness, and applied it to 190 metropolitan areas. When all was said and done, two cities with Williams Homes masterplans, San Luis Obispo and Ventura, were named two of the Happiest Cities in America.

“Research indicates that the variabilities of place play an important role in whether locals feel happy,” said National Geographic. In happier places, “Locals smile and laugh more often, socialize several hours a day, have access to green spaces, and feel that they are making purposeful progress toward achieving life goals. For our index, it tracked factors that are statistically associated with doing well and feeling well.”

San Luis Obispo, where one of Williams Homes masterplans, the popular new Righetti is located, is No. 5 on the Happiest Cities in America list. “Nestled between San Francisco and Los Angeles, San Luis Obispo has earned a lofty reputation as the happiest place in America,” said Livability. The site laid out several reasons why this city “lives up to the hype:”

Ventura is the 20th happiest city in America, according to the National Geographic Explorer/Gallup index. “It’s true! Venturans really do smile a little wider,” said the Ventura Visitor’s Bureau.

With Ventura’s “endless summers, beautiful coastline, and nearby national and state parks,” it’s no wonder the city ended up on such an important list. “My findings indicate that if you want to get happy, don’t try to change your belief system,” said the index’s author, Dan Buettner. “Change your environment.”

New homes at The Farm in Williams Homes masterplans are yet another reason to put down roots in the happy city of Ventura. The Farm offers spacious single-family residences with open floorplans, modern features, and unique touches, as well as two on-site parks, in a remarkable setting just 10 minutes from the beach.

Remaining homes at The Farm include:

For more information, visit Williams Homes. This renowned California builder was founded in 1997 on the principles of integrity, trust, and partnership and has continued to thrive as one of the state’s fastest-growing homebuilders. Williams Homes was the proud recipient of the 2013 Builder of the Year Award by the Building Industry Association.